“TUF 19 Finale” Results: Lewis Knocks Inocente Out in Round 1 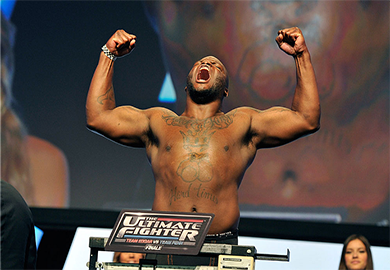 Lewis caught a leg kick and turned it into a takedown. As he was towering over Inocente, he tried to land a diving shot but he met nothing but canvas. From Inocente’s half-guard, Lewis blasted him with three right hands. Inocente became limper with every shot Lewis landed. Lucky for Inocente, referee Herb Dean was close by and called off the fight before he took more punishment.

Derrick Lewis has increased his record to 10-2 and has not lost a bout since June 2011.

Derrick Lewis def. Guto Inocente by way of TKO (Punches) 3:30 of Round 1