“TUF 19 Finale” Results: Drysdale Forces Berish to Submit In Round 1 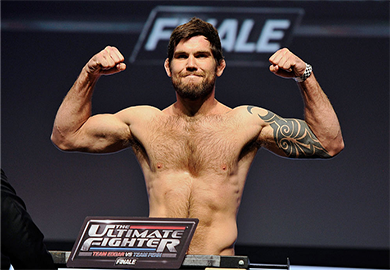 We kicked off the night with a quick submission win from Robert Drysdale. Keith Berish submitted while in a rear naked choke, but it was likely a leg injury that forced him to tap.

Drysdale was hanging onto a standing Berish like a backpack with a body triangle while working for a rear naked choke. Drysdale’s body weight became too much for Berish to handle and he fell to his side. While falling, his leg did not pivot with him and his leg bent in an awkward way that likely caused a break. He submitted right after the two landed on the mat and the referee called a doctor over.

Regardless of the injury, Drysdale was handling Berish easily and it was only a matter of time before he finished the fight.

Robert Drysdale def. Keith Berish by way of Submission (RNC) 2:03 of Round 1