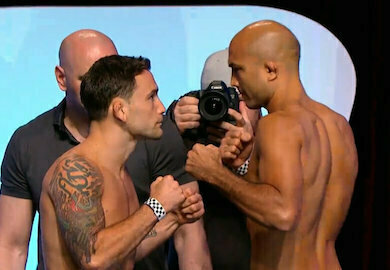 For the second day in a row, the Mandalay Bay Events Center will play host to the UFC! Tonight we see “The Prodigy” BJ Penn in action against “The Answer” Frankie Edgar for the third time. This will be their first bout against each other at featherweight.

We will also see the culmination of the middleweight and light heavyweight “The Ultimate Fighter Season 19” tournaments. Dhiego Lima and Eddie Gordon will be duking it out to see who gets to become the next UFC middleweight fighter while Corey Anderson and Matt Van Burnen fight for a UFC light heavyweight contract.