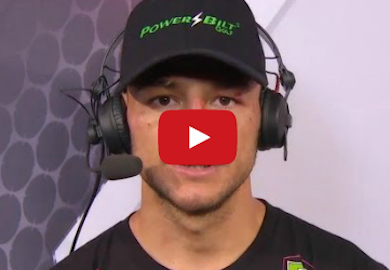 “I feel great about the win. It was great to have a battle every round. I kept telling myself I could do better each round.”

Swanson on if he planned to land the left kick to the body: “I study a lot of tape and noticed a trend that everybody gets dropped by that kick. So I tried it.”

Swanson on who he wants to fight next: “I want to fight Aldo. I want to be the guy to dethrone the legend. But I want the gold, so I’ll fight whoever the champion is.”