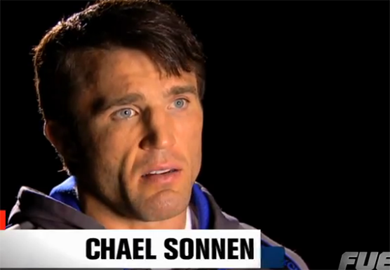 “Let’s be clear. Nobody said Chael clearly doesn’t deserve anything. Let’s understand, not one of those fighters said “Hey Dana, I’ll fight Chael.” I called every one of those bastards out and I’ve got no problem slapping any one of them around including the Karate Kid. The only fighter to call Jon Jones out is me. Nobody calls me out and I never get hurt. They can whine all they want but not one of them has stepped up. They get jealous or envious of an opportunity but they never go out to the mound and make the call. I wanted it and I got it. I talked a cat out of a tree earlier today. At the end of it all, Ariel, good for me and chalk one more up for the bad guy.”

During yesterday’s tele-conference, Chael Sonnen discussed his abilities to get what he wants.