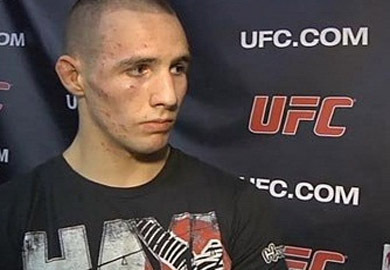 “That’s a fight that makes sense. We’ll see what the UFC says after some fights this summer, though. I’m interested in what’s gonna get me to the belt. So whatever the UFC says, I’m down.”

This comes on the heels of Saffiedine’s callout during The MMA Hour, during which he said:

“Rory looked pretty good (against Tyron Woodley), he’s a great fighter. But you know, after watching the fight, I was like, ‘I can beat him.’ I have the tools, I have the skills and the mindset to beat the guy,” Tarec said during an appearance at the MMA Hour, “He’s a great fighter, one of the best. He’s really close to a title shot and I want to fight the best. I truly believe I can beat the guy. Hopefully they give me that chance. I want to fight Rory. He’s an amazing fighter and we can put on an amazing fight. I believe I can beat him.”