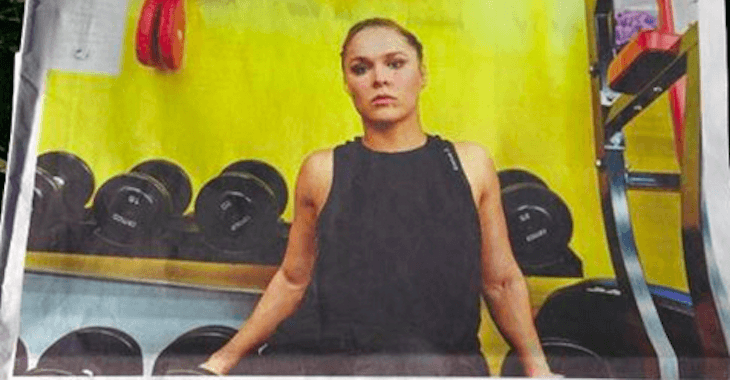 Ronda Rousey is preparing for one of the bigger fights of her life at “UFC 193” when she and Holly Holm will throw down in front of a sold-out crowd at Etihad Stadium. Even though Rousey will be walking into the octagon on fight-night as one of the biggest favorites in the sport’s history, the UFC Women’s Bantamweight Champion will have the eyes of the mainstream world on her to add pressure.

Lucky for Rousey, she has shown no signs of weakness when all eyes are on her and she performs amazingly under pressure. The bantamweight queen has successfully defended her throne six times now and aims to walk out of the gold for a seventh time when she faces Holly Holm on November 15, 2015.

Rousey recently did an interview with the New York Times and actually appeared in the prestigious newspaper! It’s not often you see mixed martial arts covered in a major part of the news outlet like that, so Rousey has broken another barrier! Check it out in the image below:

Who do you think will walk out of the octagon with the gold slung over their shoulder on fight night in Melbourne, Australia? Will Holly Holm be able to overcome the odds and utilize her elite striking skills to take the world by surprise, or will Ronda Rousey dominate yet another opponent? Share your thoughts and make your prediction in the comment section below!