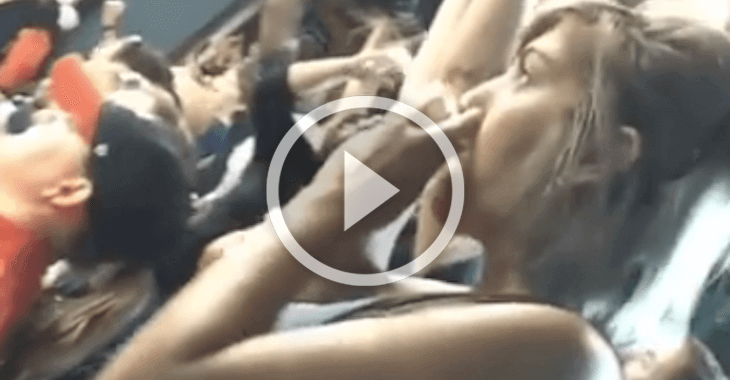 The men and women of the octagon have to dedicate themselves to this sport if they want to make it to the top, but that doesn’t mean they have to train ALL the time. UFC Heavyweight Derrick Lewis stepped away from the gym to attend the American League Division Series between the Houston Astros and Kansas City Royals.

Lewis happened to catch this fan allegedly doing cocaine at the event. Now, it’s clear he has no issues with snitching her out. It’s not often you see someone being so blatant about using drugs in public after all! Check out the video below!

This UFC heavyweight has no problem snitching on this chick, for snorting coke at an event! His reaction, plus the girl doing blow is below! Like us –> Mixed Martial Arts MMA