Robbie Lawler vs. Nick Diaz 2? Dana White would ‘love to see it’ 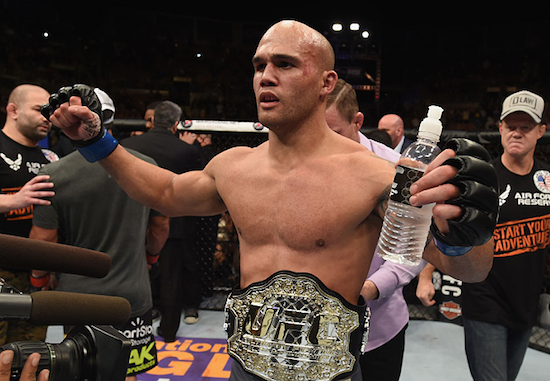 That knockout loss came over 10 years ago at UFC 47 to Nick Diaz, who sent Lawler crashing to the canvas early in the second-round of their 2004 battle.

Many fans and media members have shown interest in a possible rematch between Diaz and Lawler, but UFC officials have never really mentioned the fight as a “possibility.”

That is until today, as during a Q&A session on Twitter, UFC President Dana White mentioned his interest in the rematch:

@ChrisGaskill: “So if @nickdiaz209 wins would you want to see him call out @Ruthless_RL given their past history? #AskDana”

Meanwhile, UFC champion Robbie Lawler is expected to resume training in February, this to prepare for his trilogy fight with Johny Hendricks which is expected to take place later this spring.

Depending on how their respective next contests play out, there is a chance that ‘Diaz vs. Lawler 2’ could take place in 2015.

Would you like to see this rematch? Sound off Penn Nation!