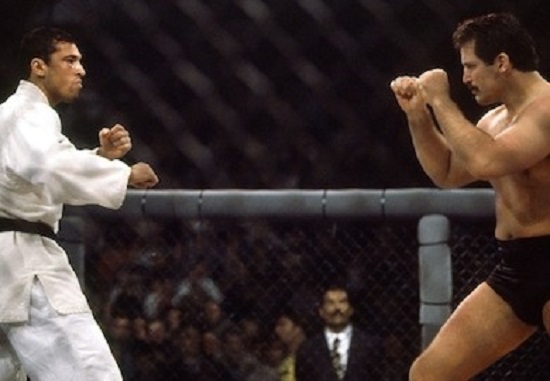 Respect is very important in JiuJitsu. So important that Relson Gracie hasn’t spoke to Royce in years because he believes that Royce disrespected his father, Helio, by learning Muay Thai for his fights.

PVT spoke to Relson about how Royce and Renzo have forgotten what JiuJitsu truly means in an interview that was translated by BJJEE.

“I think he and Renzo have forgotten Jiu-Jitsu a bit. Nowadays, you go in the gym and see them fighting Muay Thai, kicking etc. I’ll never use this in my life to fight someone. Helio Gracie would not like that, but Royce trains these things. And Royce lost to Hughes because he changed his style. If he had fought Jiu-Jitsu…”

“I think Royce disrespected my father. I have no more communication with Royce since then. I do not talk to him anymore. It affected me a lot. He took a beating because he was fighting Muay Thai. If he had walked backwards using the stomp, he would had caught Matt Hughes. If he had done it earlier in the UFC … But he changed his coach. Put me out. He never lost with me, ”

“Royce was the most amateur member of the family to fight in the UFC. If someone was to put in there to kick butt it would have been Rickson, me, or anyone who was more of brawler than Royce. Royce was never in a street fight as a boy. He never won a gold medal in Jiu-Jitsu. So, he was the most inexperienced fighter in the world. Royce has fingers like a pianist. But he followed Helio Gracie’s plan, and it paid off. On the day that he began to change, it was over for him”