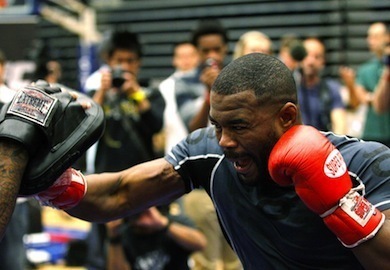 “I hit a bit of a slump losing two fights in a row, so now I am getting back on track with my win against Dan Henderson. I want to get back in the race, I want to get another fight with Jon Jones, he’s at the top right now and I want to work my way back up there and get another chance to fight him.”

Rashad Evans tells Fighters Only that he wants another chance to best his former teammate, Jon Jones in a UFC title fight.