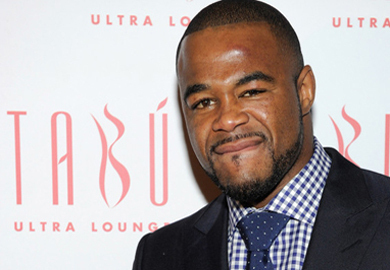 Founding Blackzilian member, ‘Suga” Rashad Evans, has long been rumored to be making a shift to the UFC’s middleweight division, but he’s not interested.

The former UFC light-heavyweight champion believes that he can still make a title run in the division he has spent the majority of his career in and in a recent interview with Bleacher Report the South Floridian stated if given the chance, he knows he can beat Jon Jones in a rematch.

“I’m staying at 205 until there’s something big at 185 that makes more sense than 205, but I’ve been a light heavyweight for the longest time, so it’s hard just to make that jump down without some good reason. It’s like why do that when I don’t need to cut? I’m already in a position where I’m pretty high ranked in my weight division, and I’m not worried about fighting (Jon) Jones, I’m not afraid to fight Jones. I think that I can beat Jones. It’s not something like ‘Oh Jones is at 205 maybe I should move weight classes that way I can get a belt.’ Hell no, I want to fight Jones.”