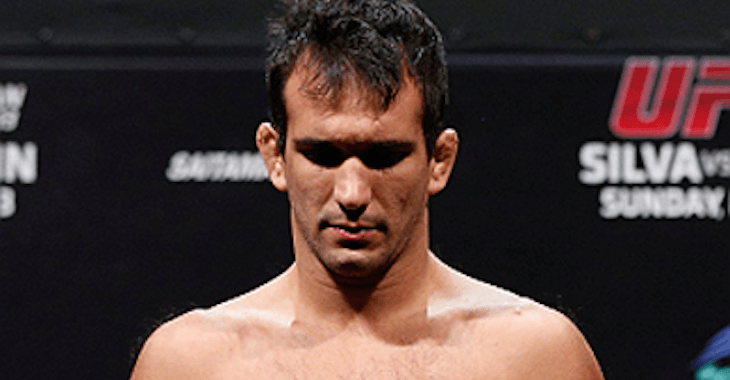 UFC veteran Rani Yahya recently underwent surgery for a deviated septum, and is eyeing a 2016 return to the Octagon.

Yahya is currently on a 2-fight win streak, most recently picking up a split decision win over Masanori Kanehara at ‘UFC Fight Night: Mir vs. Duffee’ back in July.

He spoke to MMAFighting to discuss his return to the Octagon:

“I underwent deviated septum surgery three weeks ago. I’m anxious to be back, to be in there fighting again. I’m already training, doing some cardio, some technical training. I’m getting crazy watching fights on TV.”

Yahya went on to discuss his 2016 return to the Octagon, saying:

“It’s way better now. I can breathe and sleep better now, so it’s helping me a lot. The doctor said I’ll be cleared to train hard and spar two months after the surgery, so January or February, I’m in. I want to fight as soon as possible.”