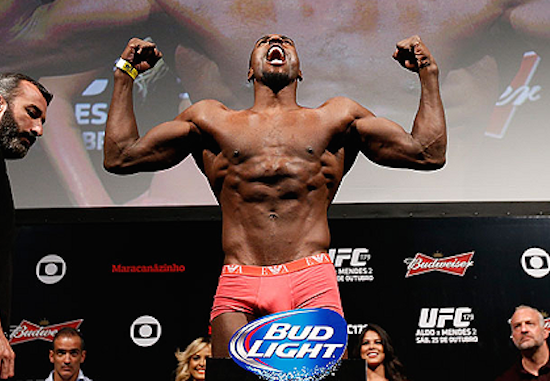 Last night in the co-main event of UFC 179, Phil Davis shocked many as he dominated Glover Teixeira with elite level wrestling skills throughout 3 rounds to earn the unanimous decision win.

Davis was 3-0 when fighting Brazilian fighters in Brazil, and with his win over Glover last night, he extended that streak to 4-0, giving him further credibility at ‘The Brazilian Killer’.

Now it's time for @PhilMrWonderful to show the world he's one of the best in the world! @AllianceMMA

Shocked at how easily Phil is doing this. #Impressive #ufc178 @assassinscreed

Reactive takedowns from @PhilMrWonderful is where it's at. Outclassing & out-grappling Texeira Rnd after rnd. #UFC179

Defo 2 rounds to Davis so far.

I wonder if they will give Phil Davis +1 point for riding time. And 2 near fall for that cradle?

Phil is looking good staying busy but Glover can turn it sound with one punch @assassinscreed good fight!

Just in case u Dont know what it feels like to be ridden by Phil like this..not fun ive been there.

Good ol American wrestling! Maybe every @PhilMrWonderful fight should be in Brazil

That's how wrestling can change a fight. Nice job Phil

@PhilMrWonderful goes down to Brazil and wins again