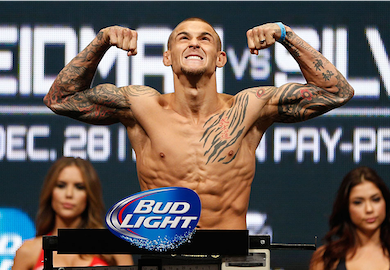 If you’re a top 10 UFC featherweight, you’ve been called out and blasted on by Conor McGregor, the UFC’s Irish superstar.

This Wednesday on FOX Sports 1, Dustin Poirier, BJPENN.COM’s #7 ranked featherweight, is set to fight against Akira Corassani, and during a pre-fight interview with MMAJUnkie.com he touched on the McGregor situation.

This article appeared first on BJPENN.COM
Previous articleVIDEO | Chuck Norris: Bruce Lee & I Would Have Done Well In MMA
Next articleSonnen On TUF Brazil Brawl: ‘It was illegal, what happened to me was criminal’
© Newspaper WordPress Theme by TagDiv