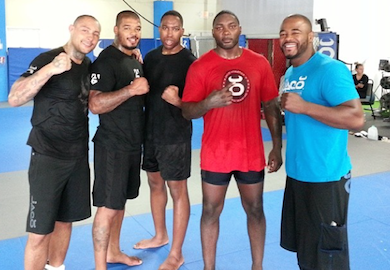 Thiago Silva was released from jail ten days ago under the conditions of house arrest.

While free, the former UFC light-heavyweight contender, is apparently allowed to return to work and train with his team at the Blackzilian HQ in Miami.

Rashad Evans sent out the image (above) of the fighting team through his instagram over the weekend.