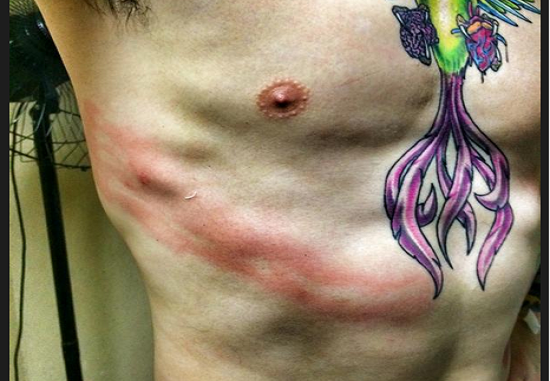 Yesterday on the preliminary card of UFC 179, Scott Jorgensen was caught with a brutal body shot from Wilson Reis.

After the bout, Jorgensen posted a picture on Twitter, showcasing the aftermath from the brutal body shot.