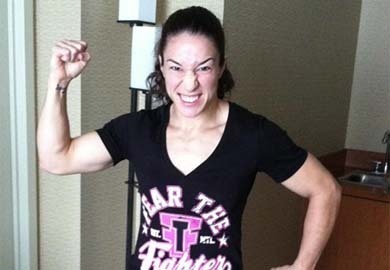 “I think that they planned on having things follow the same route that we were gonna follow with Strikeforce. But, from what I understand, there needs to be a proper build-up to a fight like that. People don’t really know me that well. They know her. So, it just doesn’t make sense, really, to have it without a strong following for me, too.”

“I think that they should sign a lot of the girls. I think that the talent at 135 [pounds] is very deep. I think it would be a shame to have just one highlight fight for the woman. There’s a lot of 135ers that could give her [Rousey] a good run for her money.”