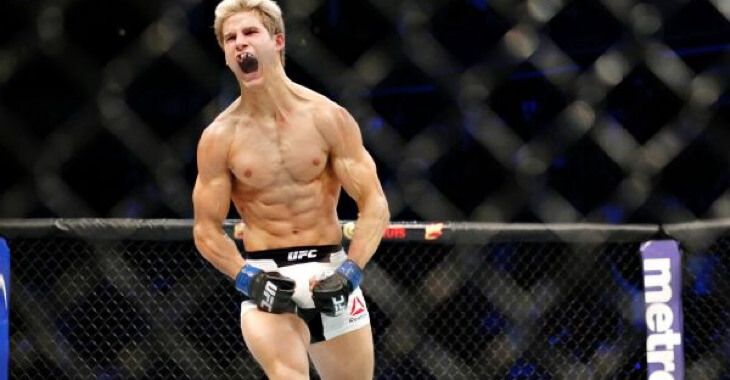 We’ve all seen the pic of the young Sage Northcutt at age four and it’s clear to see that he’s kept a higher level of athleticism than most. With a combination of genetics and the video recorded training sessions that have gone viral, we might come to the simple conclusion that Northcutt is simply Northcutt.

“I don’t care that he said that,” Northcutt said of Pfister’s steroid allegations. “That’s a major compliment to me. I’m very thankful they’re saying stuff like that. It’s very nice of them. But I know how hard I’ve trained since I was a little kid. I’ve been dieting for 15 years. Northcutt said.

“I’ve been on strict diets the whole time and eating right and training hard the whole time. I’ve worked to be where I am right now. Since I was 4, I’ve been eating egg whites, fish, grilled chicken, rice, vegetables, super lean hamburger meat, foods like that, ever since I was just a little kid. I was drinking protein shakes back then.” Northcutt said.

Northcutt Sr. has been seen with his son and it is apparent where “Super” gets his genes from.

What do you think of Northcutt’s response? Does Cody Pfister even care?  Give us your thoughts.