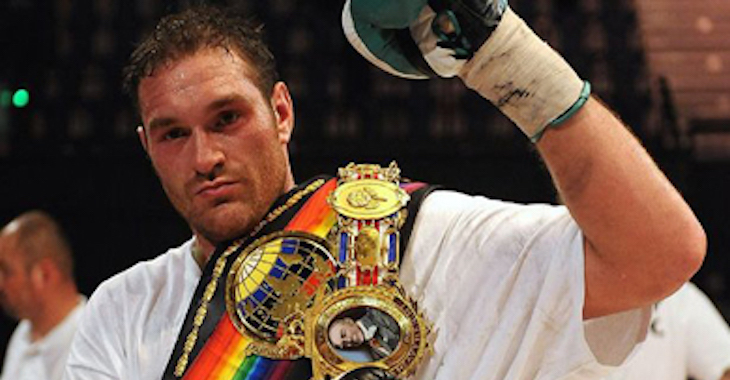 Just a little more than a week has passed since Tyson Fury upset Wladimir Klitschko to take the WBA, WBO and IBF titles. The outspoken boxing champion who previously called out Cain Velasquez when he held the UFC heavyweight championship belt has again sparked interest in fighting MMA’s best.

Fury was a guest on the MMA Hour and talked about his desire to fight (transcribed by MMA Fighting):

“Me and Scott Coker’s had many conversations in the past about coming to Bellator and fight. I’m the heavyweight champion on the world in boxing and I’d like to unify and switch. I’d like to fight the UFC heavyweight champion. I’ve been calling Cain Velasquez out for two years and then he got beaten, so it showed you what I said was about right.”

However, Fury revealed he would only be interested in more of a kickboxing style match with MMA’s best.

“I’m not really interested in a 100 percent MMA fight because obviously, they’re not going to stand up and bang with the heavyweight champion of the world, are they? They just want to take me to the floor.

What do you think of a hybrid match between Tyson Fury and the best MMA heavyweights? Share your opinion with us in the comments!