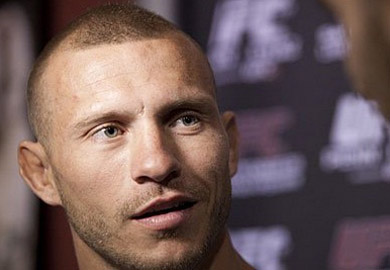 By Evan Stoumbelis:
Lightweight UFC fighter Donald “Cowboy” Cerrone will be cornered by NASCAR driver Kevin Harvick during his fight against Jeremy Stevens on UFC on Fuel TV 3 this upcoming Tuesday.

VFD Sports (Cerrone’s management team) struck a long-term deal with Harvick recently, so fans might catch Cerrone at some of Harvick’s races in the future. Cerrone had this to say about the deal with Harvick.

“I’m pumped to have Kevin as my sponsor and part of my fight team,” Cerrone said. “We are big fans of each other. I love going to his races and am honored that he will be helping me in my fight.” Harvick will be escorting Cerrone to the cage on Tueday. Harvick’s twitter and facebook will be displayed on Cerrone’s banner during the event.