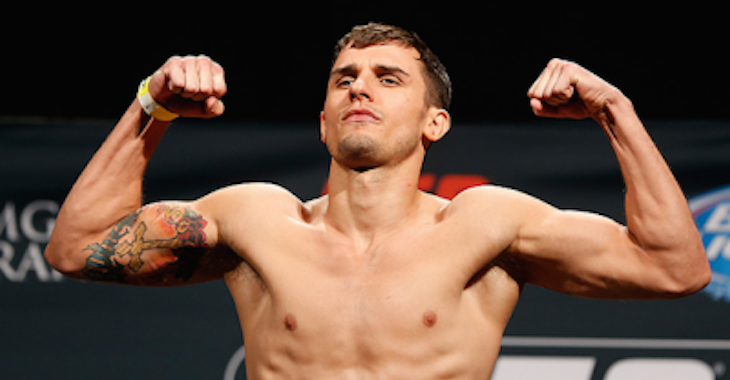 Myles ‘Fury’ Jury went on quite a tear of the lightweight division, until Donald ‘Cowboy’ Cerrone scored a dominant unanimous decision win over ‘Fury’ at UFC 182 in January.

Since then, Jury has announced that he is dropping down to featherweight, where he will meet Charles Oliveira in his featherweight debut in December at UFC on FOX 17.

He spoke to MMAFighting to discuss the bout, as well as why he feels he will be unbeatable at featherweight.

“I was hell on wheels at 155. At [145], nobody is gonna beat me. I just want to get this first fight, get the cut down and go through that process. After that, I’ll be able to take on anybody. I’m training hard and I’m eating good. What am I gonna do? I’m not a B.J. Penn. I’m not a world champion yet trying to fight up a weight class. I should be in the lowest weight class and have the advantage of being a bigger guy.”

How do you think Jury will do at featherweight? Sound off below!