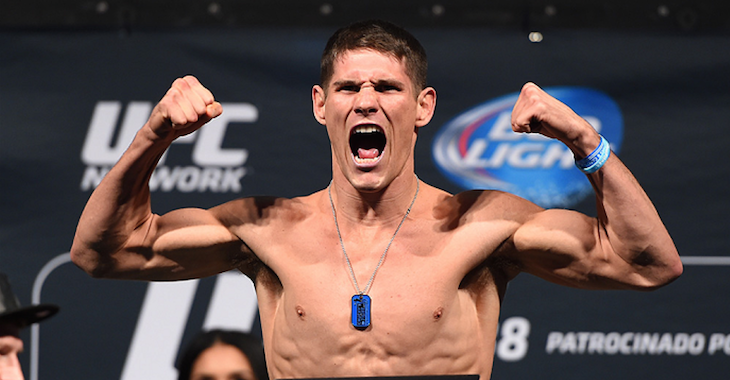 Rosa, who broke the news of the bout on Facebook, is coming off a split decision loss to Yair Rodriguez back in June at UFC 188. The loss dropped his promotional record to 1-2. He will be looking to get back in the win column and avoid potentially being cut from the UFC.

Jimy Hettes on the other hand is 3-3 in the UFC, and is currently riding a 2-fight losing streak that has seen him lose to Dennis Bermudez and then again lost to Diego Brandao.

The card will be headlined by T.J. Dillashaw and Dominick Cruz, as Cruz looks to take back his bantamweight championship.

You can check out the confirmed bouts for the card below: