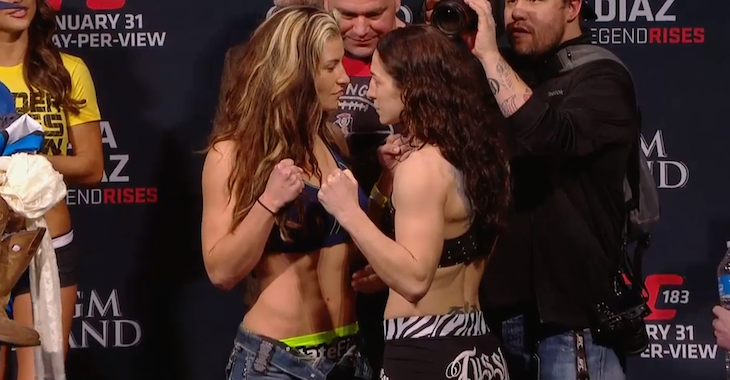 Miesha Tate may have walked out of the octagon tonight with her hands raised in victory, but it didn’t come without a price. Sara McMann cracked her in the opening minute of the first round and dropped her with a straight punch that broke Tate’s orbital bone!

Tate dove into the topic during the UFC 183 Post Fight Press Conference. “She clipped me pretty good in the first round and actually broke my orbital bone in two spots. She’s as tough as they come and she can pack a punch, for sure. Physically, I am not feeling so hot right now.”

When asked when she expects to make a return, she stated that the doctors told her it takes four to six weeks for a bone to heel. Do you think Tate has what it takes to dethrone Ronda Rousey? Will Cat Zingano already have done that by the time Tate can fight again? Share your thoughts in the comment section below!