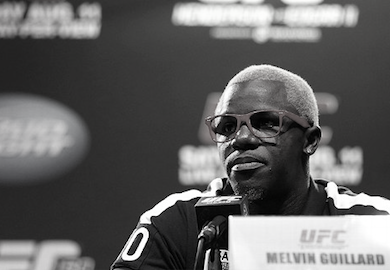 After a nine-year stint inside the UFC, lightweight fighting veteran Melvin Guillard, has been released by the promotion.

The news comes on the heels of his most recent defeat at the hands of Michael Johnson at UFC Fight Night 37.

Prior to the Johnson defeat, Guillard, had only notched two victories in seven bouts. ‘The Young Assasin’ had his back against the wall in London when he stepped opposite his former teammate, but he failed to deliver and as a result is forced to pack his bags and find a new fighting home.

Since 2005 Guillard amassed 23 fights inside the UFC’s Octagon, making him one of the most active competitors in UFC history.

This article appeared first on BJPENN.COM
Previous articleBas Rutten On The Fight That Got Away
Next articlePHOTO | Faber & Penn Pose At UFC Gym
© Newspaper WordPress Theme by TagDiv