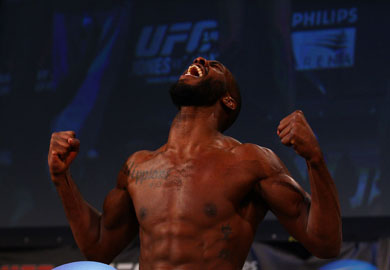 The endearing battle between the UFC and New York State may has been going on for far too long as a statewide ban on MMA has left the UFC out of a state that is among the most famous when it comes to putting on big sporting events.

Now, the UFC may have finally find its footing in New York as a loophole in its state law may support amateur MMA.

New York judge Kimba Wood has reportedly stated that the ban on MMA in New York doesn’t apply to amateur events. This means that MMA can find its way into the state in one form or another.

The admission (that a pre-approved third party could put on amateur MMA in the state legally) prompted the counsel representing Zuffa’s interests to say that if that were truly the case, then there’d be no further need to pursue the lawsuit – which in turn prompted the presiding Judge Kimba Wood of the U.S District Court of the Southern District of New York to push both sides to immediately settle.

As opposed to placing a ban on amateur MMA, which would be a legal process that could stretch out over some time, the state government seems to simply settle, thus allowing professional MMA in New York.

As for the UFC’s take on the loophole, UFC in-house counselor, Timothy Bellamy stated:

“We’ll take it. We’d rather have the state lift the ban and we go that route first, but we’ll know in the next two months if that’s going to happen. If it doesn’t, then the UFC would use the third-party-sanctioning option.”

This may seem like a minor step for ultimate legalization of our sport in New York but it is in fact a step in the right direction and the first notable one in a decent amount of time as this loophole shines a dim, yet present, ray of light that could lead to big (and I mean big), MMA events in New York State.

2013 marks the 20-year anniversary of the UFC and an event with the potential for big names and multiple title fights is a very real prospect.