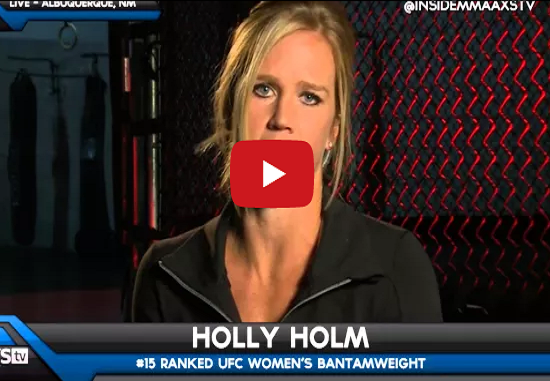 Holly Holm is widely regarded to be one of the best prospects signed by the UFC this year, with many fans speculating that she may be the woman to pose the biggest threat to reigning champion Ronda Rousey.

Holm spoke to the crew on Inside MMA that despite having a herniated disc, she hopes to be back in the cage in no time.