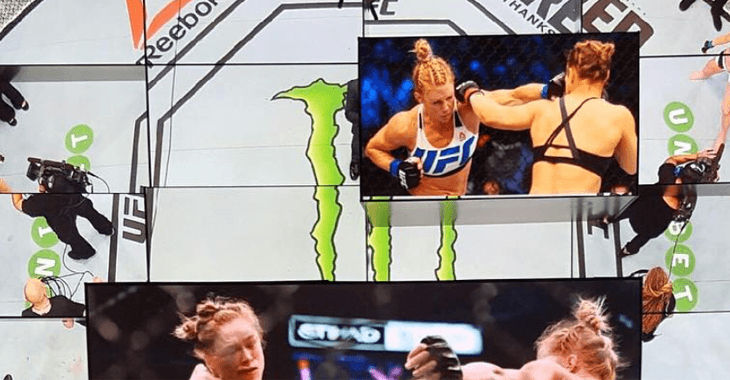 Holly Holm and her camp are currently under negotiations with the UFC brass to finalize a place and time for the rematch.   No response from Rousey’s camp regarding the contract negotiations.

Holm’s manager and promoter, Lenny Fresquez, spoke with UFC officials this week to discuss plans for her next fight during International Fight Week  July 9 in Las Vegas at the new arena being built by MGM.

“They want Holly to wait for Ronda,” Fresquez told Albuquerque Journal. “Anything can happen in the sport, but we haven’t come to terms on the rematch, and until we come to terms we just want to keep plugging away.” Fresquez said.

With Rousey not able to eat apples for 3-6 months,  she’ll need to heal up sooner to make the UFC proposed UFC 200 deadline.

Will Miesha Tate get a shot?  Or will the UFC sit out the champ until a healthy Rousey is ready?