Henderson In For Green, Faces Masvidal At Fight Night 63 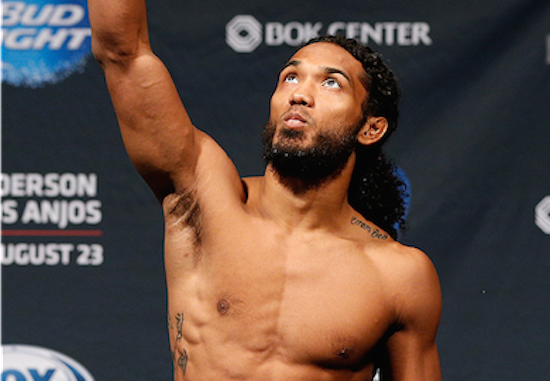 UFC officials announced today the “Bendo” would be stepping in for the injured Bobby Green to face Jorge Masvidal at April’s UFC Fight Night 63 event in Fairfax, Virginia.

“Smooth” will be looking to rebound from the first 2-fight losing skid of his professional career. Prior to his loss to “Cowboy”, Henderson suffered a first-round knockout loss to now number 1 contender Rafael dos Anjos.

Meanwhile, Jorge Masvidal will be looking to extend his current win streak to four when he faces Henderson this April. Masvidal was most recently seen in action at September’s UFC 178 event, where he scored a unanimous decision win over James Krause.