MMA fans we’ve arrived! Back in 1993 if you told someone that you were an MMA fan they’d probably ask you if they sound any good live in-concert or better on tape.

But we’ve truly hit it as a collective whole when one of the biggest MMA stars is the third most Googled name in 2015. Some fans may shrug and say, so what, who cares it’s Ronda Rousey again.

The reality is, no matter how much we’ve come from 1993 we are still in our toddler stage in this sport and the more main-stream media picks up our stars the faster our sport will rival professional boxing referring to fighters pay 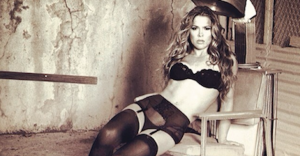 What do you think about Rousey’s popularity and fame?

This article appeared first on BJPENN.COM
Previous articleTop 10 Bloodiest UFC Fights: I think you need to go to the hospital
Next articleRobbie Lawler and Carlos Condit join The Fighter and The Kid
© Newspaper WordPress Theme by TagDiv