Gina Carano Will Meet With Dana White On Wednesday 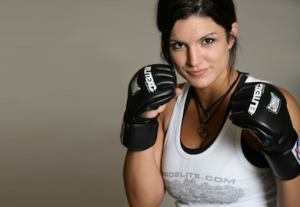 Last Thursday Gina Carano went on “The Arsenio Hall Show” and announced that she was going to be meeting with UFC president Dana White. Now thanks to White himself, we know that the meeting that could determine Carano’s fighting future will go down on Wednesday night. White confirmed the news with MMAFighting.com

Carano’s name has been in the headlines lately, due to rumors that she might be the next opponent for champion Ronda Rousey. She last fought in 2009, where she lost to Cris Cyborg when they met in Strikeforce. Carano is 31 years old and if she’s going to attempt a comeback, this just might be it.

Stay tuned for the latest news on BJPENN.COM