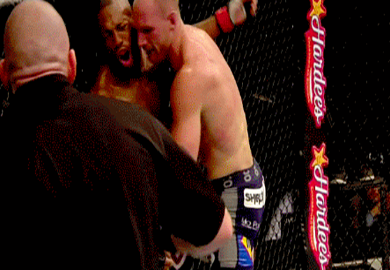 It has been a long time since we saw a nut-shot cause a fight to end early, but we almost saw it tonight when Ryan LaFlare blasted John Howard downstairs. LaFlare had Howard pinned against the fence and while working the clinch, he threw a knee that accidentally landed below the belt.

John Howard screamed in pain and fell to the mat. He utilized the full five minutes to recover but for a couple seconds it seemed the doctor was going to call off the fight. Watch the infamous low-blow in the .GIF below provided by FanSided’s ZombieProphet!