Home » MMA News » Videos » FREE FIGHT VIDEO | Before The UFC There Was The Re... 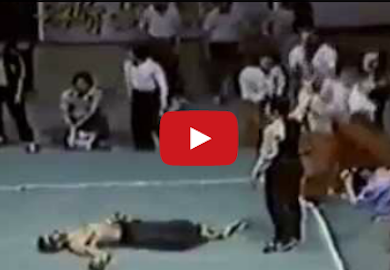 In 1981 thoughts of the UFC were nonexistent, however the groundwork for mixed rules fighting was already well underway.

Check out the video clip above for some real live Kumite action from the infancy of Mixed Rules combat.