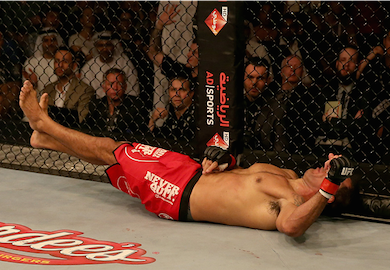 Immediately after the bout Dana said he was “Blown up by media guys” wanting to know what was next for the former interim heavyweight champion.

Dana White spoke to the media during his recent scrum about Big Nog’s future in the sport saying:

“As soon as he got knocked out I was getting blown up by media guys saying, ‘What do you want to do? But out of respect for Nogueira I didn’t want to say anything until he said something publicly. Then he came out and said he wants to fight Frank Mir.

“I don’t want to see Nogueira fight ever again. He should retire.”

“He is a warhorse. The guy has been in – just the battles in PRIDE that he’s been in let alone the fights that he’s fought in the UFC. He is one of the most respected fighters in the world by other fighters, let alone by fans, and I like him very much too.”

“I’ve been in this position a million times,” White said. “I wanted to give him the opportunity to say something first, but now I’m going to say ‘“Big Nog,” I love you, but I’d love you to never fight again.’”

What do you think PENNation? Do you want to see Antonio Nogueira fight again? Sound off in the comments section.