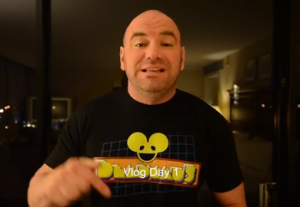 As far as trilogy fights are concerned, tonight’s main event is certainly up there with some of the greatest in our sports short history.

The fight serves as a rubber match between the two most dominant heavyweights in UFC history and the UFC president believes the winner will not only hold the UFC strap, but will also be considered the best heavyweight fighter in history.

Here is what he said:

“I think these two are the two best heavyweights in the world, they’re in their prime and yeah (I think the winner is the best heavyweight in UFC history). This is a great fight. I’ve been really excited about this fight.

I honestly have no idea what can happen in this fight. In the second fight, I didn’t think Cain Velasquez could hurt him on his feet, and he did.

You have the argument that Junior was going through a lot of personal problems in the last fight and that absolutely makes a difference. To say that doesn’t make a difference is crazy.