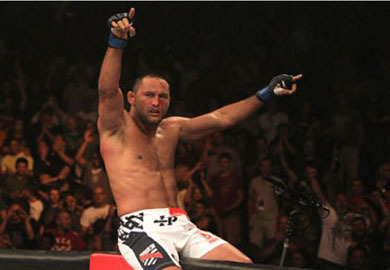 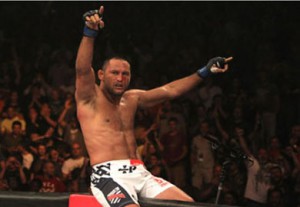 With all the confusion, controversy and hurt feelings over UFC 151 being cancelled, it’s been easy to overlook what the future holds for the UFC’s number 1 light-heavyweight contender, Dan Henderson.

His coach, Daniel Woirin, took time with Fighters Only Magazine to explain how Dan’s injury took place and what they expect from his return.

Here is the clip:

“Dan Henderson got hurt three weeks ago during sparring when he went to defend a takedown and for a while he has to be away from training, for two to three weeks. It was very difficult for him to refuse the fight. All the team had to convince him not to do it. We did a final sparring yesterday to evaluate his condition and he really didn’t have the chance to fight with Jones. His fight has been called off and when he bounces back, he will be able to dispute the belt.”