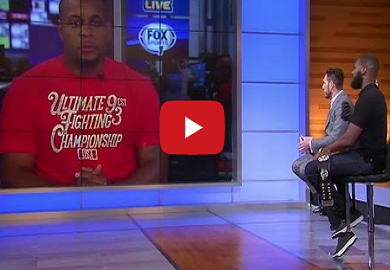 Yesterday Jon Jones and Daniel Cormier got into a scuffle at the UFC’s Ultimate Media Day where they were promoting UFC 178. Today they were scheduled to do the second round of their promotional duties, and as a result of yesterday’s actions were separated and only interacted via a video stream.