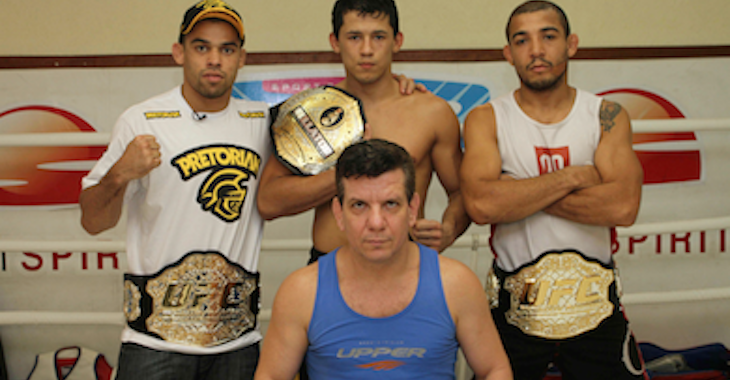 “I don’t think Conor has done anything different than he has ever done. He’s not in Ireland, he’s in Las Vegas, and maybe he got a wizard to change his game. We see how the fighter reacts when he’s under pressure, what he does. That’s something we look at a lot. When he’s under pressure, he will do exactly what he always does.”

Jose Aldo’s coach Andre Pederneiras spoke to the media at a recent press conference held in their gym and said that he thinks Conor McGregor will eventually try to wrestle Aldo during their fight in July. He doesn’t think McGregor will bring anything new into the octagon.