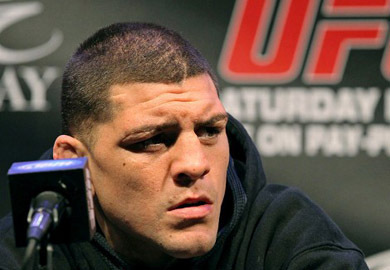 “We’re pushing for the GSP fight. That’s what we’re going to push for, GSP or Anderson Silva. That’s the two fights that interest us the most, and that’s the one’s we’re going for.[Silva’s] people are into it. We’re into it. The fans, I think, would be into it. We’ve got convince Dana about it now. Obviously the fight that makes sense to them, and I don’t disagree, is Anderson-GSP, and like I said, I would watch that fight. That would be great to watch. But let’s get real. If GSP just absolutely says no, then what? You can’t make a guy fight. That’s the thing. And Anderson, if they want to promote a superfight and if the stars align, I think Nick would be into it.”

– Cesar Gracie via “The MMA Hour”.