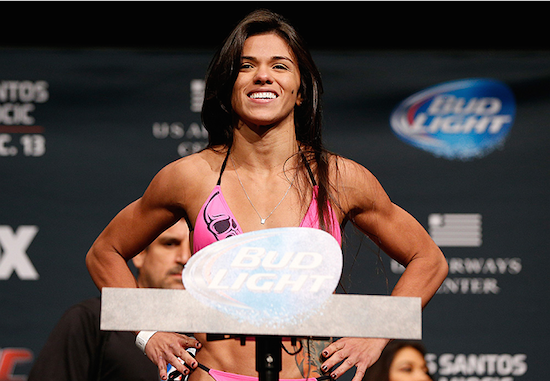 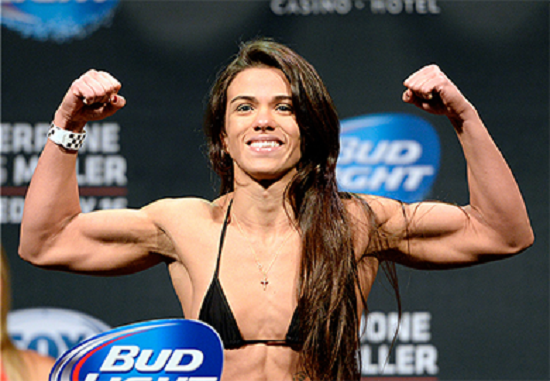 After suffering a tough split-decision loss to Joanna Jedrzejczyk at this past weekend’s UFC on FOX 13 event, Claudia Gadelha told MMAFighting’s Ariel Helwani that she plans on appealing the judges ruling because she is ‘sure’ that she won the fight, her words:

Ariel asked if she wished she had done anything different:

Ariel then asked Gadelha if she planned on appealing the loss?

“Yea we are. Like my coach, he wants to do that. You know, because there is no way she won that fight. She didn’t do nothing! The only thing she did was the knockdown at the end of the first round. You know, and then I was dominating her the whole time. So we’re going to see what we can do.”

Do you agree with Claudia Gadelha that the judges made a poor call on her fight at UFC on FOX 13? Sound off Penn Nation!