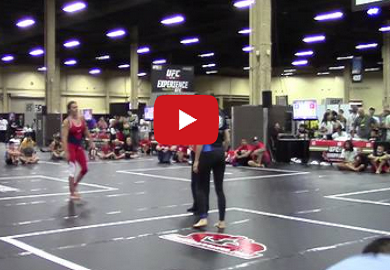 ‘Alpha’ Cat Zingano hit a flying armbar at Grapplers Quest JiuJitsu tournament this past weekend on a surgically repaired knee. Check out the awesome footage below:

Zingano is 8-0 in her professional MMA career, and 1-0 in her UFC career with her win coming via TKO against Miesha Tate back in April of 2013 before undergoing knee surgery. When Zingano makes her return to the UFC, fans can expect her to get a title shot fairly quick.