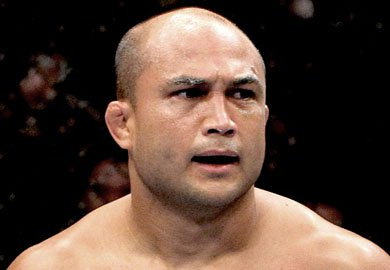 Former UFC champ’s BJ Penn and Frankie Edgar, coaches on The Ultimate Fighter Season 19, will square off for a third time in the headlining slot of the TUF 19 Finale event.

‘The Ultimate Fighter Season 19 Finale’ is set to go down on July 6, from The Mandalay Bay Events Center in Las Vegas, Nevada.

BJ Penn and Frankie Edgar first faced off back at UFC 112 in 2010. Edgar was able to earn a controversial decision victory in the bout to win Penn’s UFC lightweight title.

The two squared off again in a rematch at UFC 118 later that same year and the result was the same, Edgar by decision.

Since the two last fought, Edgar, has gone just 2-3-1 inside the UFC’s Octagon. He lost his title to Benson Henderson in 2012 then went down to fight Jose Aldo for the featherweight strap and lost that bid as well. Most recently, Edgar, notched his first win since February 2012, with a win over Charles Oliveira.

Penn has found similar success in the cage, going 1-2-1 since the last time he stepped opposite Edgar. For Penn, the road behind was a disappointing stint at welterweight, that saw him victorious over Matt Hughes, draw against Jon Fitch, and drop bouts to top welterweights Nick Diaz and Rory MacDonald.

The Penn vs. Edgar III bout was officially announced this evening on UFC Tonight. A weight-class was not announced, however this fight is expected to take place in the UFC’s featherweight division.