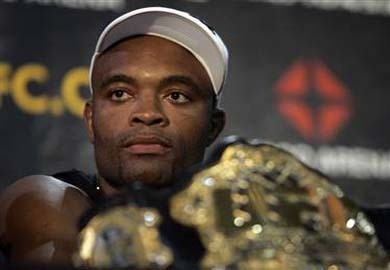 The proposed “Super Fight” between Anderson Silva and Georges St-Pierre isn’t even booked yet.

True, it is on the UFC’s radar, but according to UFC President Dana White it hasn’t even hit the negotiations phase yet.

With so much talk of the fight happening next year odds makers have set a betting line for the super fight and have put UFC middleweight champion, Anderson Silva, as the favorite.

Here is the line via BestFightOdds.com: