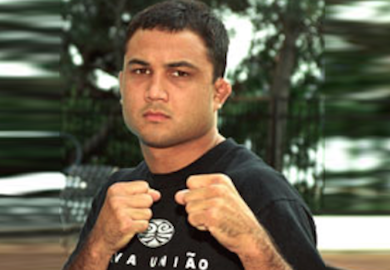 Former UFC lightweight & welterweight champion B.J. Penn retired from the sport of mixed martial arts, this following his third career loss to Frankie Edgar, which he suffered on July 6th at the TUF 19 Finale in Las Vegas.

It was a disappointing end to what was an incredible mixed martial arts career for the man dubbed “The Prodigy.”

It was back in the year 2000 when Baby Jay would first shake the grounds of the mixed martial arts world.

Penn became the first non-Brazilian black belt to win Gold at the World Jiu-Jitsu Championship that year, this after having only trained in the sport for 3 years.

The Hilo, Hawaii native made his mixed martial arts debut in 2001 at the Ultimate Fighting Championship’s “UFC 31” event in Atlantic City, where he TKO’d his opponent Joey Gilbert in the very first-round.

“The Prodigy” returned to the octagon just 56 days later at UFC 32, where he earned a first-round knockout victory over dangerous contender Din Thomas.

Penn’s victory over Thomas earned him a title eliminator match against veteran Caol Uno, with the winner getting a shot at then UFC lightweight champion Jens Pulver.

B.J. would make quick work of Uno, knocking the Japanese star out cold just 11 seconds into the opening round.

After earning three straight first-round stoppage victories, many considered Penn to be the favorite going into his title bout with Jens Pulver in January of 2002.

Unfortunately for Penn fans, Pulver proved to be a worthy champion and earned a hard fought decision victory over the young Hawaiian.

B.J. would rebound by winning his next two octagon appearances, defeating opponents Paul Creighton by TKO and Matt Serra by unanimous decision in the process.

Those 2 victories would earn Penn another shot at the UFC’s lightweight title, this time against Caol Uno, whom he had defeated the previous year.

“Penn vs. Uno 2” went down in February of 2003. Unfortunately for basically everyone involved, the title fight in Atlantic City was ruled a draw, leaving the vacant title in the hands of UFC officials.

“The Prodigy” would next showcase his talents in front of a home crowd at Hawaii’s “Rumble on the Rock 4” event in October of 2003.

B.J. took on Takanori Gomi that evening in Honolulu, with the winner earning the title of being the best lightweight fighter in the world, as well as the Rumble on the Rock lightweight strap.

Penn would defeat Gomi via submission in the third-round of their epic lightweight clash that evening, becoming the World’s #1 ranked 155-pound fighter in the process.

Baby Jay would return to the UFC in January of 2004, when he challenged Matt Hughes for the organizations welterweight title.

That victory would put Penn in the mixed martial arts record books as he became the first and only fighter to be simultaneously ranked number one in two divisions (Lightweight and Welterweight), following his back-to-back submission victories over Gomi and Hughes.

Penn would vacate his UFC welterweight title in the spring of 2004, this so he could compete for Japan’s K1 organization.

While fighting under the K1 banner, B.J. would score victories over Duane Ludwig, Rodrigo Gracie and Renzo Gracie respectively.

Penn’s lone loss in K1 came against Lyoto Machida, whom Penn lost to by judges decision in a catchweight bout where “The Prodigy” weighed 34 pounds less than “The Dragon.”

B.J. re-signed with the Ultimate Fighting Championship in 2006 and was booked to fight Georges St. Pierre in a welterweight title-eliminator bout at UFC 58, with the winner getting to fight then champion Matt Hughes.

Penn would lose a highly disputed split-decision to the fast-rising French Canadian star that evening in Las Vegas, but in a twist a fate, GSP would suffer an injury that allowed Penn to have a championship rematch with Hughes.

“Penn vs. Hughes 2” went down in September of 2006 at UFC 63 in Anaheim, California. After nearly scoring a submission at the end of the bouts second-round, Penn was noticeably tired and was eventually defeated by Hughes late in round number 3.

Following his championship bout loss to Hughes, Penn decided to return to the UFC’s 155-pound division where he was met by long time rival Jens Pulver.

Penn and Pulver would serve as coaches on “Season 5 of The Ultimate Fighter,” before clashing at the popular TV series live finale in June of 2007.

Penn would get his revenge on “Lil’ Evil” that evening in Las Vegas, submitting his lightweight nemesis in the second-round of their main event bout.

His victory over Pulver would earn Penn a shot at the vacant UFC lightweight title against opponent Joe Stevenson.

That lightweight title fight took place in the United Kingdom at UFC 80 and saw Penn become the just the second man to earn two UFC titles in two different weight divisions, this after dominating “Joe Daddy” on route to a second-round submission victory.

It was a great moment in the career of “The Prodigy,” as he had finally earned the UFC lightweight title that had long eluded him.

Penn would defend his lightweight championship for the first time at UFC 84 against former champion Sean Sherk, who had previously been stripped of the title for failing a drug test.

There was a lot of bad blood between Penn and Sherk in the lead up to their championship bout in May of 2008. The fight was by far the most “hyped” lightweight bout in the UFC’s history.

In the fight itself, Penn would utilize his strong boxing skills to batter “The Muscle Shark” for the better part of the 3 rounds, before eventually ending Sherk’s title dreams with a flying knee followed by punches at the rounds final bell.

The referee, along with Penn, called an end to the bout after Sherk couldn’t get up to his feet to return to his corner.

Following his TKO victory over Sherk, “The Prodigy” would issue a super-fight challenge to then UFC welterweight champion Georges St. Pierre.

“GSP” accepted Penn’s challenge for a rematch at 170-pounds and for the first and only time in the UFC’s history, two current champions would face-off for a title.

Unfortunately for Penn fans, “Rush” was too much for B.J. in their rematch at UFC 94, with the bout ending after 4 rounds when Penn’s corner waived-off the fight.

After the tough loss, Baby Jay returned to the UFC’s lightweight division at UFC 101 in Philadelphia, where he would defend his lightweight title against surging contender Kenny Florian.

B.J. successfully defended his UFC lightweight championship for a second-time when he submitted “Ken-Flo” in the fourth round of their main-event bout in Philly.

“The Prodigy” would make his record-setting third lightweight title defense by TKOing challenger Diego Sanchez in the fifth-round of their championship contest at UFC 107 in Memphis.

Penn’s victory over Sanchez was one of the finest performances of his amazing career. He showcased his terrific striking skills and legendary takedown defense for all five rounds before the bout was mercifully stopped by the doctor after Sanchez had suffered a huge cut to his forehead above the left eye.

The Sanchez bout also served as the peak of the mountain for Penn, as he would never again successfully defend UFC gold.

At UFC 112 in Abu Dhabi in April of 2010, Penn would lose his UFC lightweight title to Frankie Edgar in what was considered to be a very controversial judges decision.

Due to the highly disputed result, the UFC granted Penn an immediate rematch with Edgar which took place at UFC 118 in Boston.

In front of a sold out Boston Garden, Edgar left no dispute, earning a dominant five-round decision win over the Hawaiian legend.

Following his back-to-back decision losses to Edgar, Penn decided to move back up a weight class and returned to the UFC’s welterweight division.

Waiting for Penn at 170-pounds was long time rival Matt Hughes. The “Hughes vs. Penn” trilogy bout would was put together by UFC officials and served as the co-main event for UFC 123 in Detroit.

The highly anticipated November of 2010 bout lasted just 21 seconds, as Penn dropped Hughes with a right hand just after the bouts opening bell and eventually put him away with some devastating punches.

It was the last great moment fight fans will remember of B.J. Penn in the octagon. Hoisted on the shoulders of Troy Mandaloniz, Penn screaming and slapping himself in a display of victory that fans simply adored him for.

Penn would go on to fight top welterweight contender Jon Fitch next in the headlining bout of February 2011’s UFC 127 event, which took place in Sydney, Australia. The bout was billed as a welterweight title eliminator, but due to the fight ending in a draw, neither Penn nor Fitch would be granted a shot at then champion GSP.

Penn would fight at welterweight on 2 more occasions for the UFC, suffering decision losses to opponents Nick Diaz and Rory MacDonald in the process.

After a 19 month layoff, Penn returned to the octagon for the final time, this time as a featherweight, in the headlining bout of the TUF 19 Finale, which took place just over a week ago in Las Vegas.

B.J. was stopped by Frankie Edgar in the third round of their trilogy bout and subsequently announced his retirement from the sport following the fight.

“The Prodigy” will go down as one of the greatest mixed martial artists of all-time.

B.J. is one of only 2 UFC fighters to have ever won UFC championships in two different weight classes, the other being UFC Hall of Famer Randy Couture.

Penn was a true fan favorite as he always ‘brought it’ inside the octagon.

Amazingly, even with his fight for the finish style, B.J. was never knocked down in 28 professional mixed martials arts bouts.

I was lucky enough to meet B.J. in 2011 and can honestly say that he is one of the most remarkable individuals I have had the pleasure of knowing.

B.J. was instrumental in my personal fight with cancer, supporting me with positive messages on a daily basis, all while training away from home in Brazil. It is something I will never forget and am truly grateful to him for.

As fierce as B.J. was in the octagon, he was the total opposite outside of the cage. B.J. Penn is one of the nicest, most carrying and good hearted individuals you could ever meet in this world.

The proud Hawaiian has 2 beautiful daughters with his fiancé that are sure to keep him busy now that he’s retired from fighting. But don’t expect B.J. to stay out of the gym, as he will likely be found training the future of the sport at one of his gym’s in Hawaii.

B.J. Penn’s next stop is in the UFC Hall of Fame, which is an honor that he is most deserving of. Penn is considered by many to be the greatest lightweight fighter of all-time, which makes sense, as he holds the record for the most lightweight title defenses with three.

“The Prodigy” will be remembered as a champion, a pioneer of the sport, a finisher and a legend.

Thank you for all the memories B.J. Penn!!!