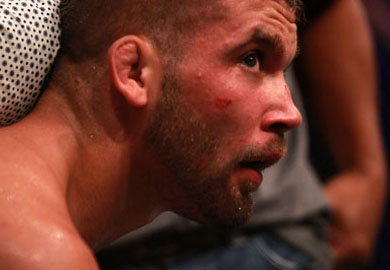 By Evan Stoumbelis
9 fighters that competed at UFC on Fuel TV 3 this past Tuesday have been suspended due to injuries, including Johnny Eduardo and Jeremy Stephens who have been suspened indefinitely due to eye injuries. Below is the full list of fighters, and the length of their suspensions.

Johnny Eduardo and Igor Pokrajac were the only fighters on the list that won their bouts.