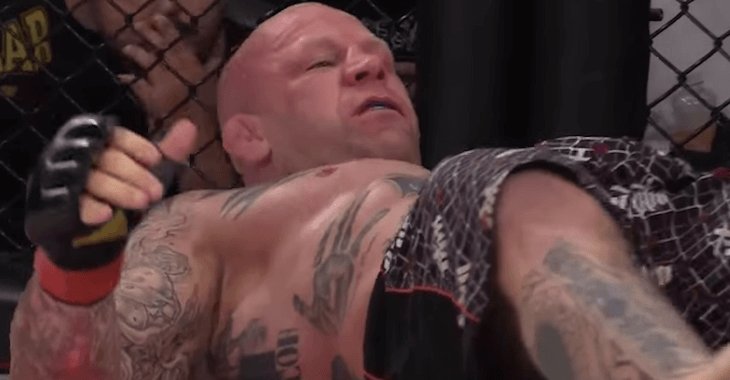 With over eighty professional mixed martial arts fights under his belt, UFC veteran Jeff Monson is as experienced as it gets outside of the octagon. Whether or not he has the skill to cut it with today’s talent is irrelevant; the forty-four year old is still touring the world and getting paid to kick a**! Monson almost suffered a loss at a recent event in Russia called “Shield Relight 2” and was knocked out and dazed in the first round.

As he looked up from the canvas moments after the referee stepped in to wave the fight off, his opponent soccer kicked Monson in the head! He was disqualified and Monson’s hand was raised in victory. Check out the clip below!