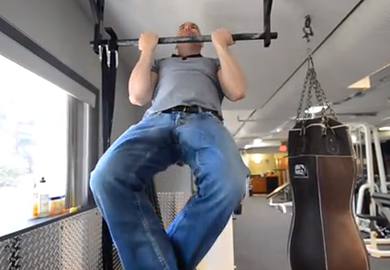 Earlier this week UFC President Dana White stated during an interview on FUEL TV’s UFC Tonight that he can do 15 pull ups.

Apparently some forum members over at the infamous Underground forums doubted the UFC bosses ability to live up to that number and Dana White accepted the challenge!