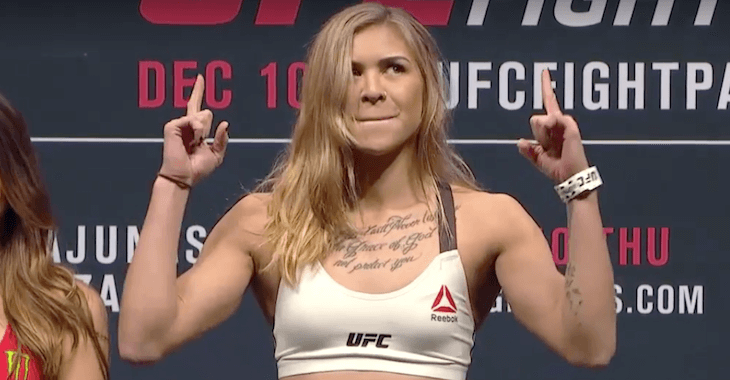 Emily Kagan was able to frustrate Kailin Curran for the better part of two rounds by utilizing forward pressure and a large volume of punches.

However, late in round two, Curran was able to take Kagan’s back and promptly sunk in a rear-naked choke for her first career UFC win.

Kailin Curran submits Emily Kagan (rear-naked choke) at 4:13 of round 2!