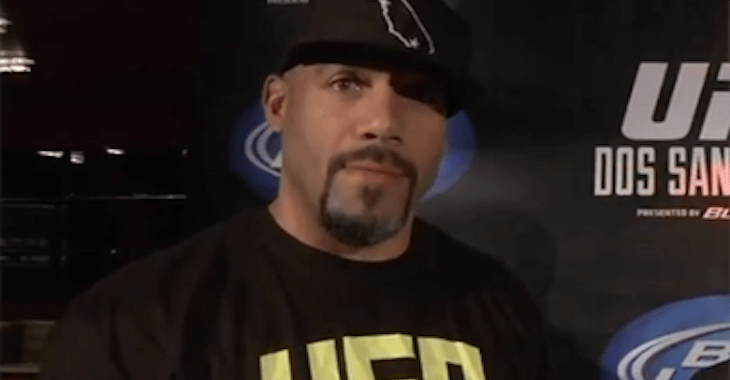 Former UFC, Bellator and Strikeforce fighter Lavar Johnson is currently in jail after allegedly brutally assaulting his girlfriend. Johnson was arrested back in August according to a new report from TMZ however, he remains in jail in Fresno California on $120,000 bond.

Johnson’s girlfriend alleges that Johnson slammed her against the wall and ground before kneeing her in the head and face. Johnson then allegedly punched her in the face 11 times before fleeing the scene.

One of the injuries sustained by Johnson’s girlfriend was so serious that she needed staples to close the wound.

Johnson was charged with multiple felony charges, and if convicted, faces up to 10 years and 8 months in prison. He will appear in court on November 20th for a preliminary hearing, however he has plead not guilty.