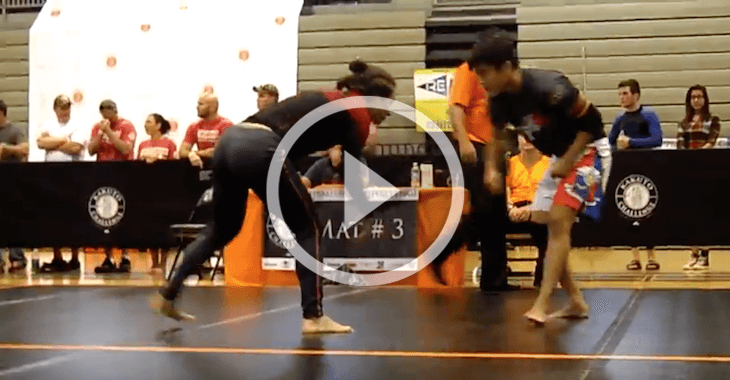 Alexandria Enriquez took on the UFC fighter at the Kakuto Submission juijitsu challenge that recently took place. They were competing in the women’s absolute division, or open weight division and Enriquez forced McMann to tap just 48 seconds into the match via a knee bar.

It’s kind of hard to imagine it really taking place, but man, it did. Just trying to fathom that a UFC fighter who has challenged for the title and oh yeah medaled in the olympics for wrestling was tapped out by a 16 year old. Sure, we don’t know a ton about this girl, maybe she’s the next great prodigy or something, but still.

Check it out and see what you think?